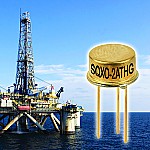 Posted: 12th September 2014
The new SQXO-2ATHG range of very high shock survivability oscillators launched by IQD are housed in a TO-39 package and can withstand shock levels of up to 8,000g for 0.5ms, ½ sine. They are designed primarily for applications such as underground boring tools, down hole instrumentation and avionics applications including flight recorder equipment and on board computers… Read More