Quartz crystals designed for frequency control do age, but nowhere near as much as we do! 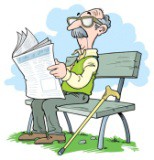 In our last blog post, we discussed the topic of date codes on quartz crystals. We looked at how irresponsible QA procedures by some manufacturers, distributors and customers can create significant environmental waste and added costs by rejecting components that are over two years old – a misguided requirement that certain companies have sought to implement.

Quartz crystals, which today are almost always housed in hermetically sealed packages, do age a little. Their series-resonance frequency may change by a few parts per million over a period of years and this will be due, principally, to minute increases in the crystal’s mass, due to deposition of impurities inside its packaging that adhere to the crystal’s surface. The better the quality control during manufacturing, the lower the level of impurities and the less the change in frequency. Such changes are also affected by temperature – ageing occurring more rapidly at higher temperatures – so it’s important for crystals to be stored in conditions that comply with the appropriate specifications. In practice, they will normally be stored at typical room temperatures but most will be materially unaffected if stored at any temperature between -40°C to +85°C. Some can be stored at up to 125°C or higher. At IQD, we go to great lengths to minimize even the tiny change described by keeping the components in sealed bags in air-conditioned facilities.

It’s important to note that the majority of any frequency change during storage will happen within the first year or two. In fact, this article on radio-electronics.com suggests that ageing is most rapid during the first 45 days after a crystal is packaged. After this time, any change will probably be negligible within the context of most applications. Once again, the idea of rejecting components over two years old is demonstrably flawed - variations are most prominent and even then very small early in the component’s life, not later. Perhaps we should describe the first two years of a crystal’s life as the period during which it matures, rather then ages!

The other factor of concern relating to component ageing is solderability of terminals – whether surface mount device (SMD) pads or conventional thru-hole. Once again, the concerns expressed are not found to be of significance in practice. Surface mount devices usually have gold-flashed terminations which don’t deteriorate over time and after over 40 years in business, we’ve never experienced an issue with device solderability of either SMD or thru-hole devices.

As we’ve stated previously, when a crystal is purchased from IQD, the product will have been stored in an appropriate environment, solderability-tested (to IEC-68-2-20 for thru-hole products and CECC 00 802 for SMD) and it will be covered by IQD’s normal guarantee, whatever its date code. What’s more, we even supply a Solderability Test Certificate with each batch of products to give customers added confidence.